Titan Electric was chosen as the Low Voltage subcontractor for the new Virgin Hotels Chicago. Located in the heart of Chicago’s Loop district in the historic Old Dearborn Bank Building, the 26-story building offers 250 guest rooms, including 40 one-bedroom suites and two Penthouse Suites. Several of the building’s original features remain intact and are showcased throughout.

At the heart of the hotel, The Common Club is a dynamic hybrid of bar/lounge, laid-back study and restaurant including The Shag Room and The Funny Library. Tremendous effort went into restoring this two-story space which occupies the original bank floor. Guest rooms feature a two-chamber room layout, divided into two spaces by sliding doors. Other room amenities include a dressing room with a vanity, a red SMEG mini-fridge, an LG Smart TV and free Wi-Fi at unlimited bandwidth.

McHugh Construction was the general contractor for the project with architectural services provided by Booth Hansen. 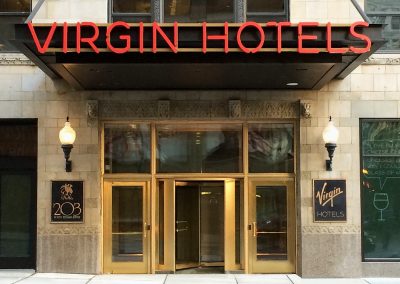 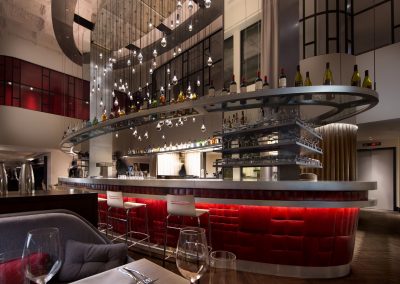 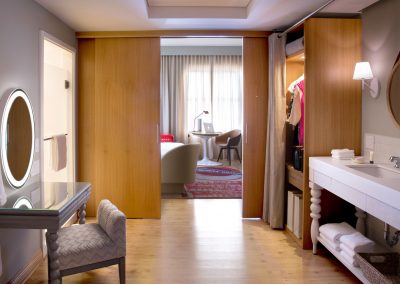